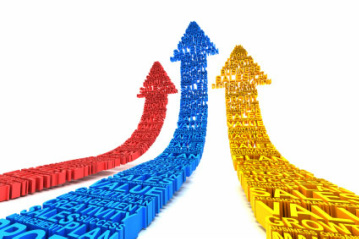 Expansion by Nypro Devices in Bray - Note all the stakeholders involved

Have a look at this article on ZARA's expansion into Asia

Zara Looks to Asia for Growth
By Manuel Baigorri

It's about 7:30 p.m. in Hong Kong and a Zara store is packed with locals and
tourists looking for stylish clothes as they take shelter from the heavy rain
outside. Among them is Hong Kong resident Janice Chan, who comes to Zara twice a
week and spends between $50 and $65 each time. "The quality is quite good and
you have so many choices that you always find what you need," says the
22-year-old Chan.

Zara's parent company, Inditex, has set Asia as a top
priority for its expansion with stores in countries throughout the region. Since
the first Zara store opened in Tokyo in 1998, Inditex has grown to more than 150
stores located along the most popular streets and malls of the biggest cities in
Asia. The most recent new Asian market for the retailer is South Korea, where it
launched its first Zara store last year. Besides Zara, Spain-based Inditex
operates other brands such as Massimo Dutti, Pull and Bear, and Bershka—though
Zara remains its flagship.

Thanks to new agreements with local
companies, Inditex may be able to solve some of the problems related to entering
Asia. To expand in Korea, for instance, the company formed a joint venture with
Lotte Group, a Korean conglomerate that owns a 20% stake in Zara Korea. In
India, Inditex earlier this year sealed a partnership with the giant Tata group,
which controls interests in everything from autos and steel to info tech and
telecom. "India will be one of our top priorities," Inditex Deputy Chairman and
CEO Pablo Isla said in a statement in February when the company announced the
Tata alliance.

Inditex executives would not respond to BusinessWeek's
requests for comment. Through an e-mail from its communications department,
Inditex stated that both consumption and the interest for fashion in Asia have
developed in a very positive way for the company. "The group's growth rate [in
Asia] is twice of that in the rest of world," Inditex said.

Relying on
a Winning Formula Despite the tough economic environment, Zara seems to be well
positioned to keep up with its growth in Asia compared with its competitors. San
Francisco-based Gap (GPS) owns stores only in Japan, although it has introduced
the Gap brand in other countries through franchise agreements. Sweden-based
Hennes & Mauritz (HMB.ST) has only been in the region since 2007 and
operates just 22 stores. (On Aug. 18 H&M reported sales in July increased 7%
from June, though sales at stores opened for at least 12 months fell 3%.)
British retailer Marks & Spencer (MKS.L) has about 60 stores around the
region, but it "is more expensive and they don't have as many clothes for young
people as Zara does," says Shea Ephrem, a lawyer from Hong Kong, as he walks out
of a Zara store.

Javier Hombría, an analyst at Ahorro Corporación
Financiera based in Madrid, confirms that Asia represents a key market for
Zara's growth because "as people there have more disposable income they will
spend more and more on things such as clothes. Asia represents a very important
market for Inditex in the long run." But Hombría emphasizes that in order for
the company to succeed "it needs to validate the business and management model
that started out in Spain and became so successful [in Europe and the U.S.] and
then look for market growth."

As it has done in other regions, Inditex
has grown in Asia through opening its own-managed stores, a strategy that has
been combined with some exclusive franchise agreements with local retailers. But
most important, the company has created an innovative business model that serves
customers' fashion needs in a fast and cheap way everywhere.

Over the
last few years, Asia has become crucial for Inditex expansion strategy as its
traditional markets in Europe and the U.S. have become more saturated. The
impact of the economic crisis in the Western markets has also been larger.
"About 50% of Inditex's new stores will be located in either China or Russia,"
says BBVA Research analyst Alberto Ibarra. "The company has very high
expectations in the Asian market." According to Ibarra, Inditex wants to improve
consumers' perception of the quality of its products because it cannot compete
with local companies on price. "Its prices in Asia can be even 30% higher than
those in other countries," he adds.

Falling Profits in 2009 Even though
Inditex has managed to keep up with its growth strategy amid the current
economic crisis—with 95 new stores opened around the world during the first
quarter of 2009, 10 of them in Asia, bringing its total to 4,359 in 73
countries—the company's bottom line during the first three months of this year
plunged 16%, to $265 million, compared with the same period a year ago on sales
of $3.5 billion. In 2008, the company reached $15.1 billion in sales and a net
income of $1.9 billion. Joerg P. Frey, an analyst for Sal Oppenheim Jr & CIE
based in Frankfurt, estimates Inditex 2009 sales will increase 6% compared with
2008 figures, to $16 billion, whereas net income will plummet 16%, to $1.6
billion.

That's not deterring many investors, though. Inditex shares
have jumped 18% over the last 12 months, outperforming the benchmark IBEX 35
index, which is flat compared with a year ago. Ibarra confirms the performance
mainly has to do with shareholders' optimism about Inditex expansion in
relatively fast-growing markets in Asia. "Investors continue to buy [Inditex
shares] as they see that the firm keeps up with its expansion," says Ibarra.
"And Asia has become the most important market for the company's future growth."
Inditex will report its second-quarter earnings Sept. 16 and that, in part,
"helps explain why the volatility is higher as that date approaches," says
HombrÃ­a.

Customers here don't seem to be too worried about Zara's
difficulties to adjust to the peculiarities of the Asian market. Just out of
work after a busy day at Chicago-based ad agency Leo Burnett's Hong Kong office,
Kaye Cheung, 26, says that although Zara is more expensive than H&M, she
doesn't mind paying a bit more because Zara's clothes are "better designed and
have higher quality."